A mural commissioned by City of Darebin to celebrate the achievements of the International Campaign to Abolish Nuclear weapons. This mural celebrates the achievements of ICAN including establishing the treaty to abolish nuclear weapons and winning the 2017 Nobel prize for peace. It is also a tribute to Yami Lester who was blinded at the age of ten by the effects of the British led, nuclear weapons tests that took place in South Australia at Emu Field in 1953 (one of a number of such tests that took place between 1953 – 1957). Many stakeholders had input into this design including ICAN cofounders Dave Sweeney & Dimity Hawkins, City of Darebin, Yami Lesters children and Wurrundjeri Council elders. The reference photo used to paint Yami Lester is this powerful portrait of Yami taken by photographer Jessie Boylan. 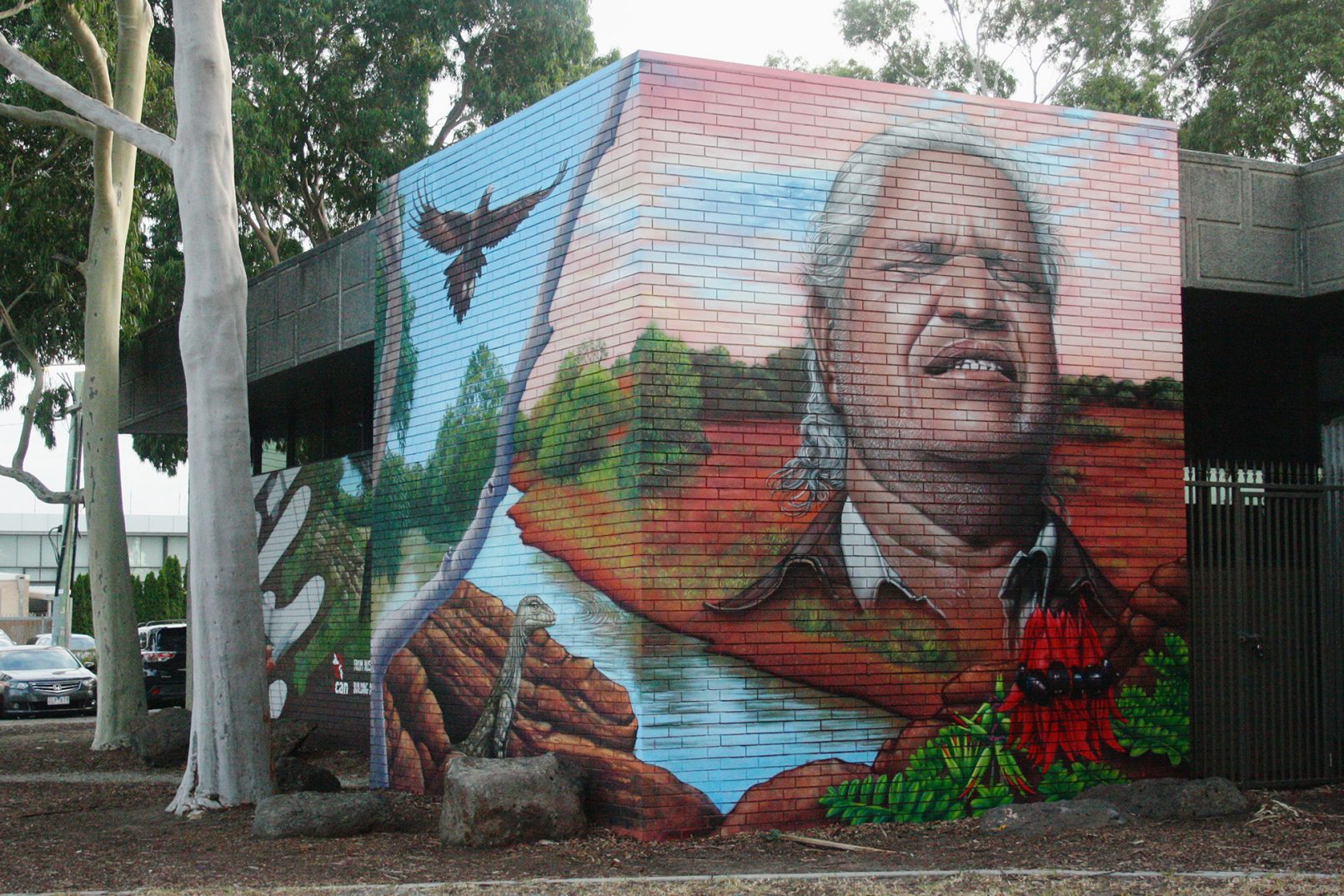 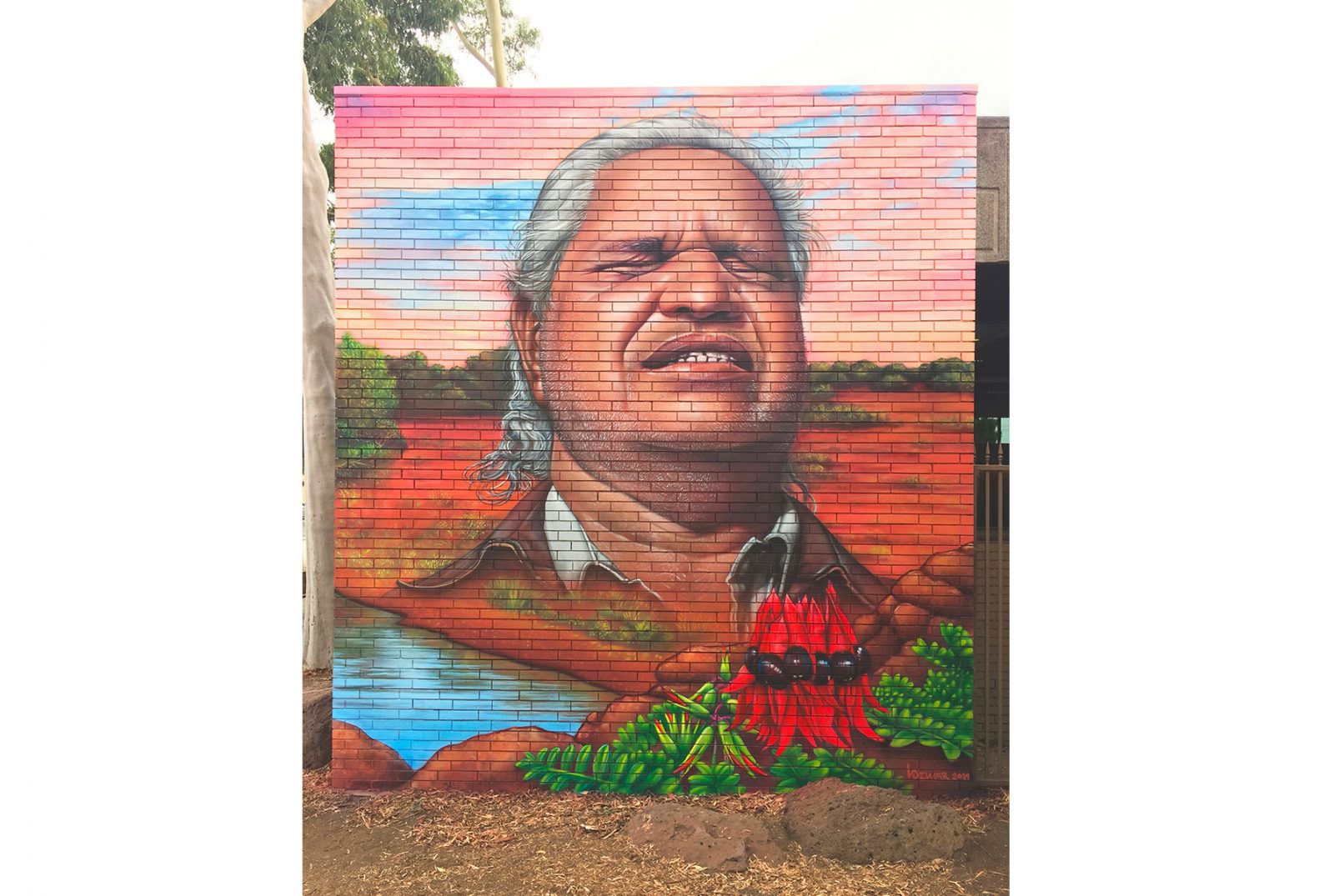 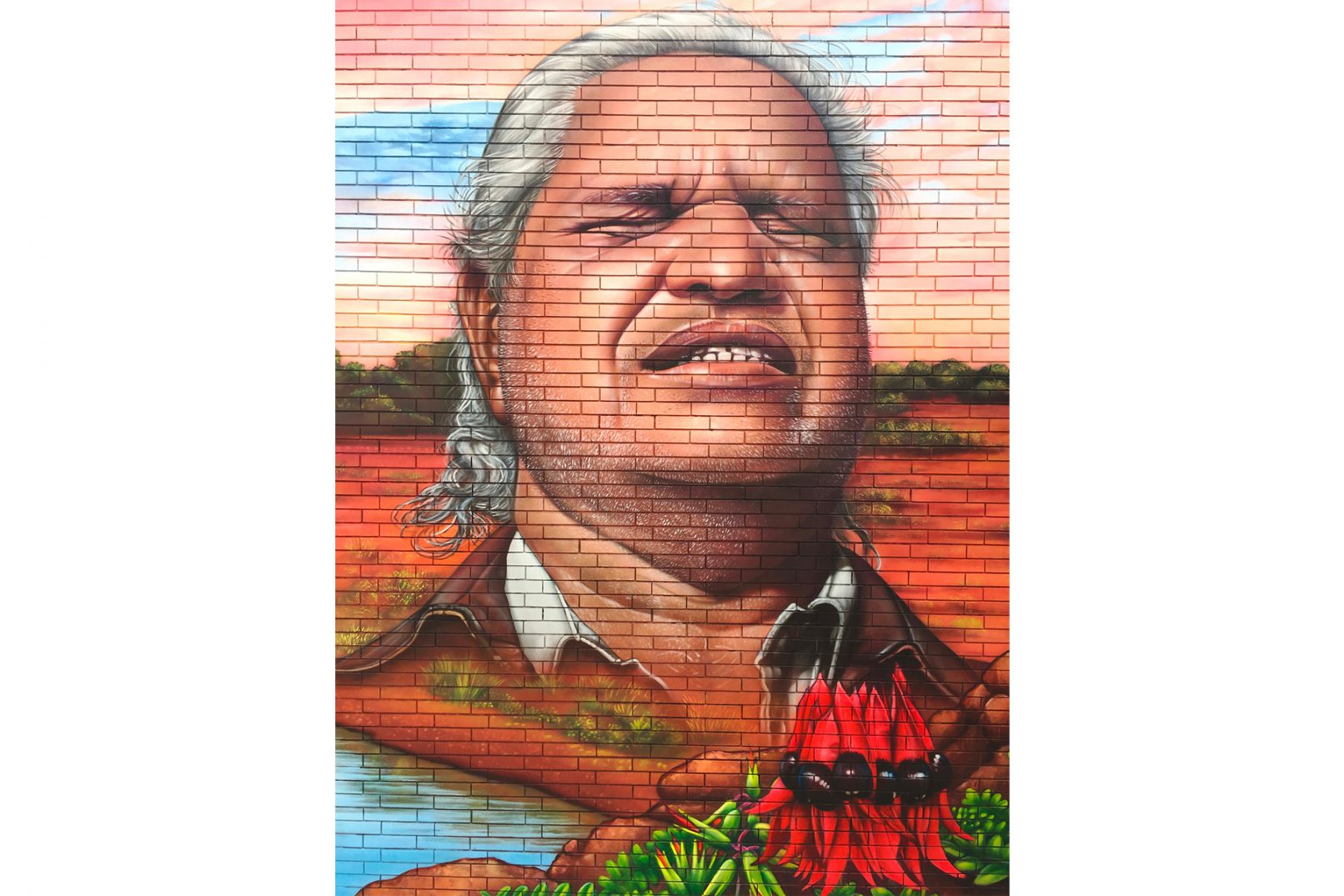 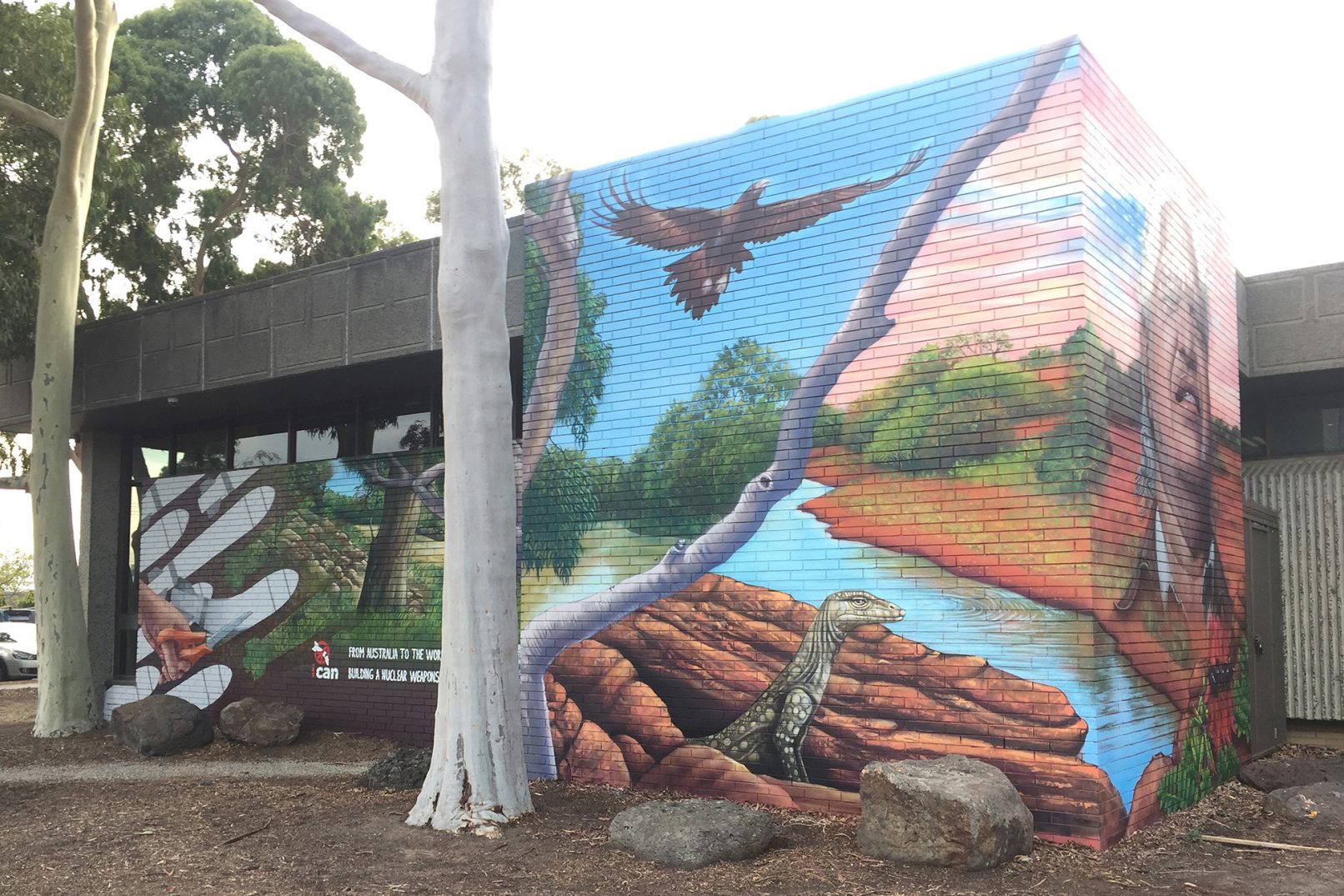 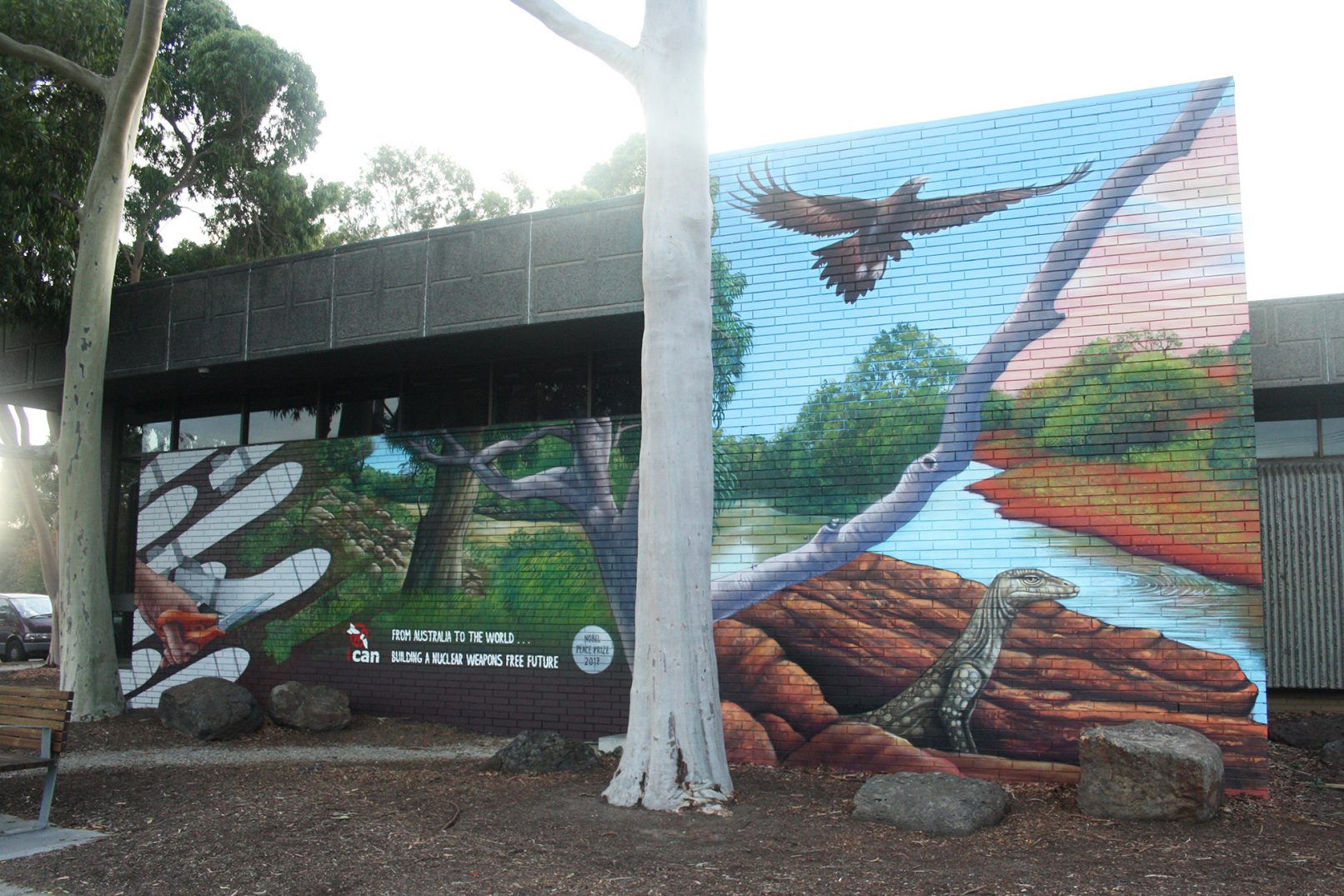 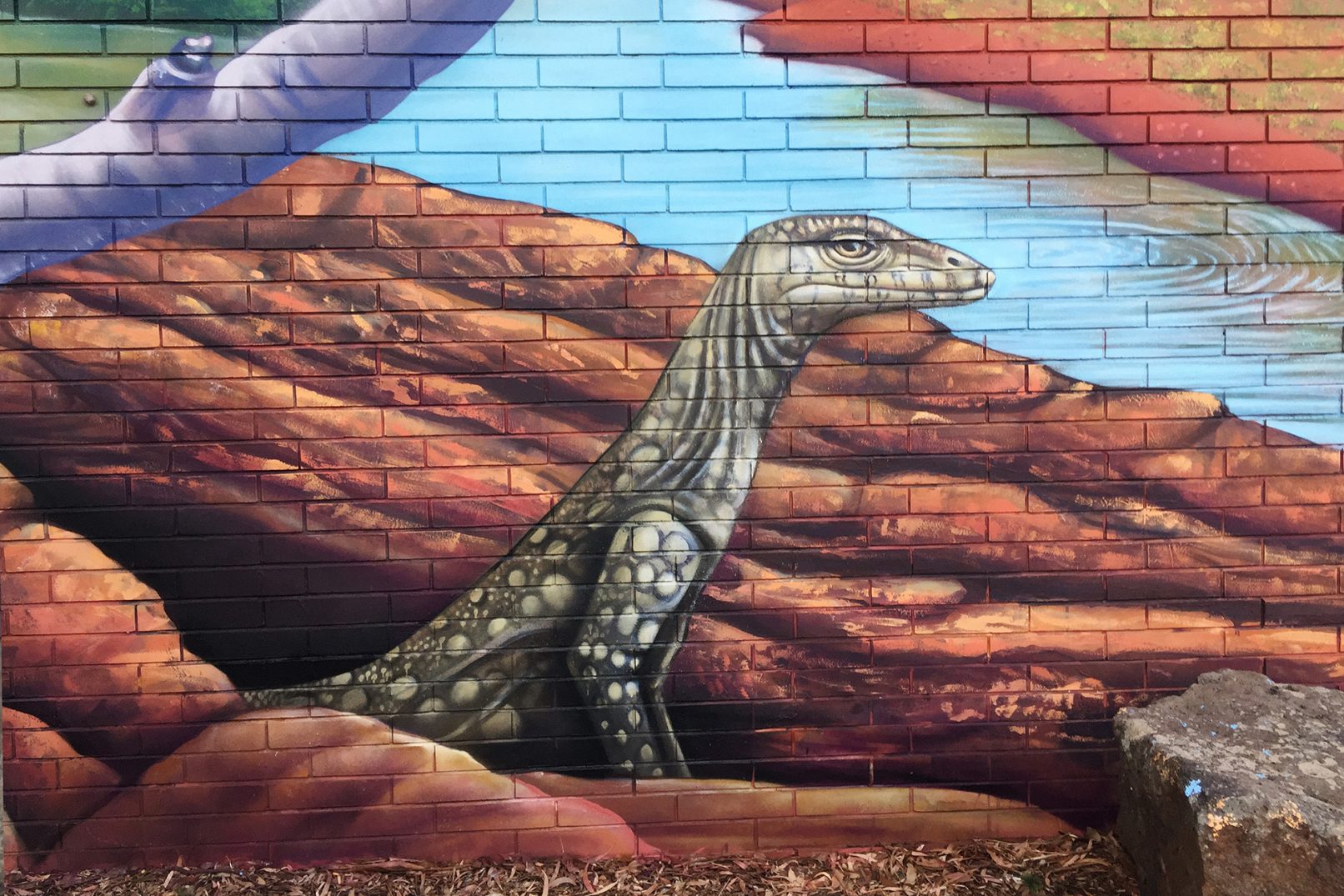 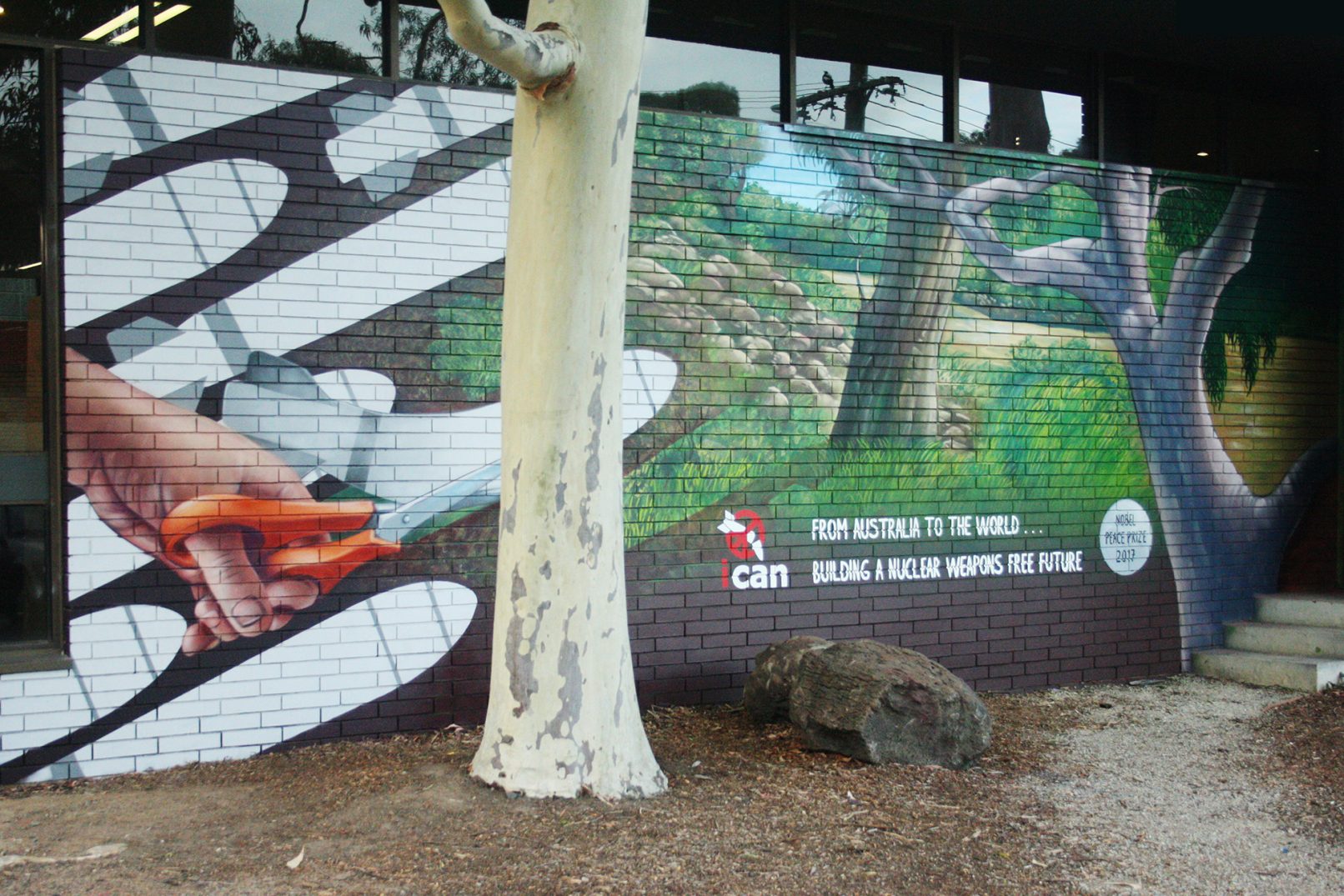 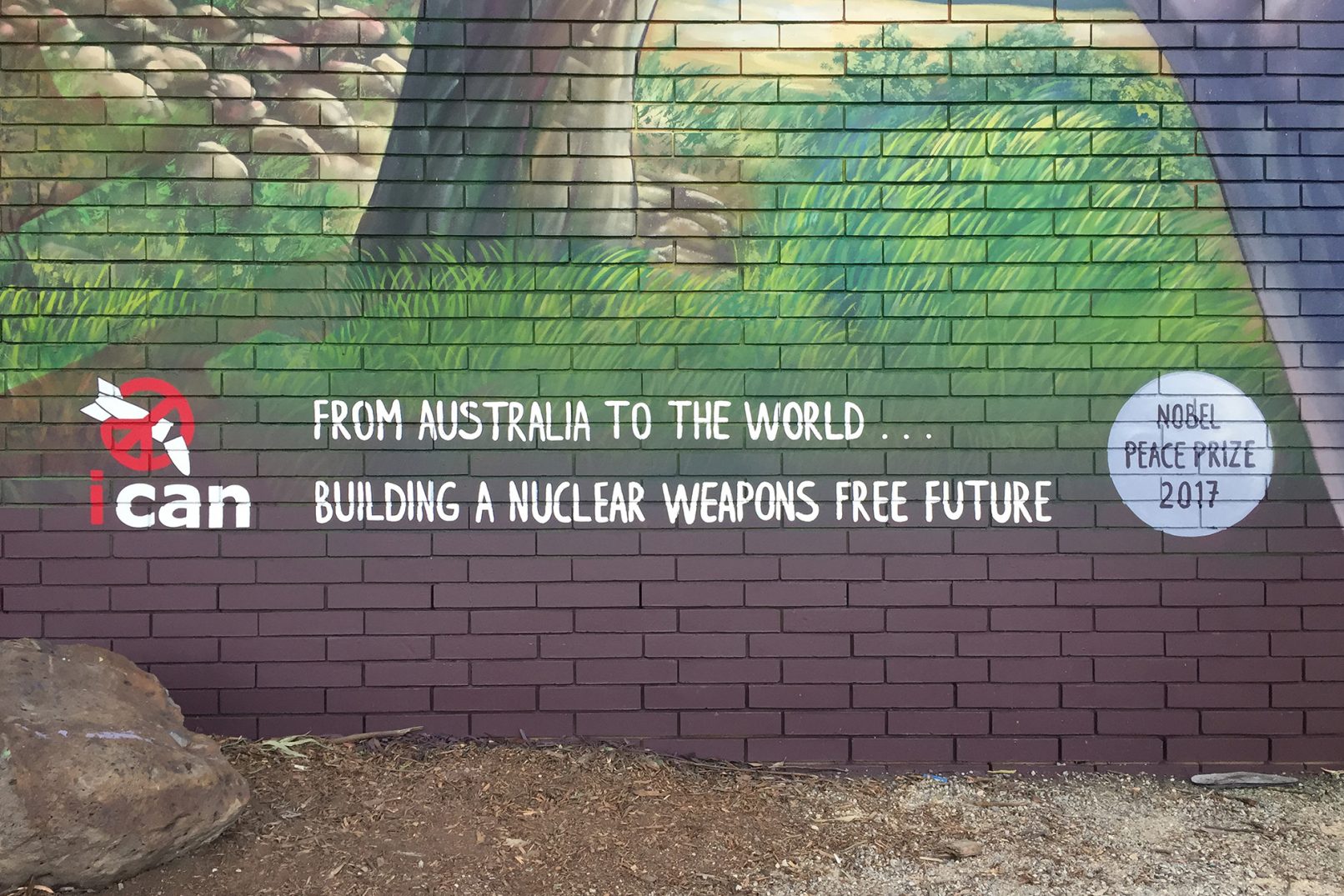