The live audio visual performance of my graphic novel work in progress, 1story was quite well received (I managed to press all the right dialogue buttons & image faders, thank god!), we won the student section of the competition screenings.
Go team!


This performance was a collaboration between Uber-talented multi-instrumentalist Jem Savage & myself. truth be told the performance part of it would not have been at all possible without Jem’s music and tech-saviness, so I am extremely grateful to him for that. The piece consisted of live music, programmed music, prerecorded dialogue (thanks to our voice actors, Jay Curtis & my beautiful partner Michelle), still imagery moving in time to said music & After Effects generated movie clips.

Jem used an application called Jitter to program imagery to behave in certain ways to music, he used both live music (saxophone and flute) and a pre  programmed score to achieve this. This was interspersed with 3 animated movie clips I created in After Effects from the existing artwork for the project thus far.


The result was a kind of echoey, jazzy dream-like vocals and music that suited my imagery perfectly.


The performance was filmed by my good buddy Cam (bigups!) and I will post that soon, but for now here is the complete sequence of the art as it might appear in a printed format so far. 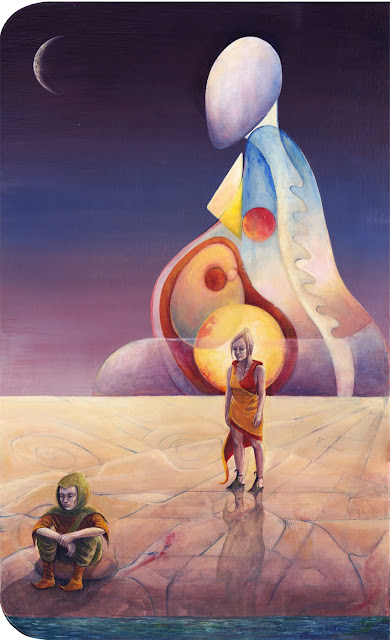 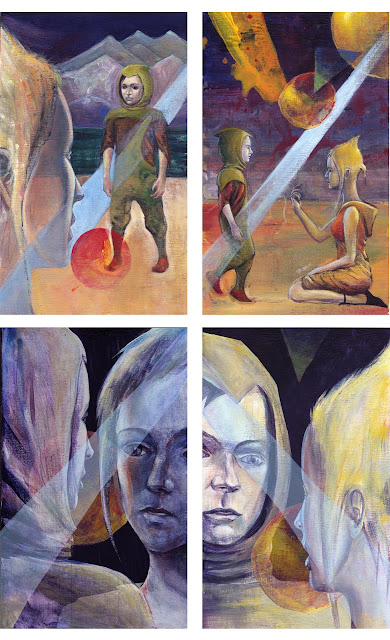 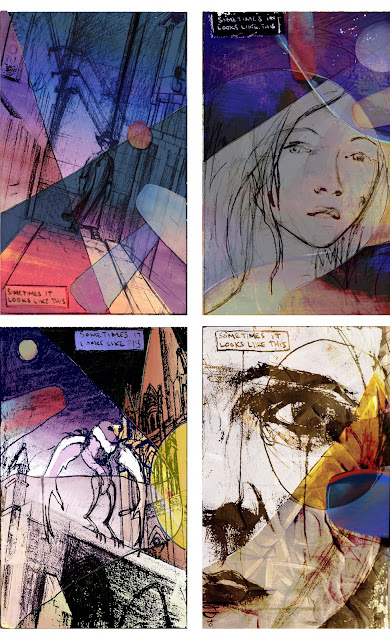 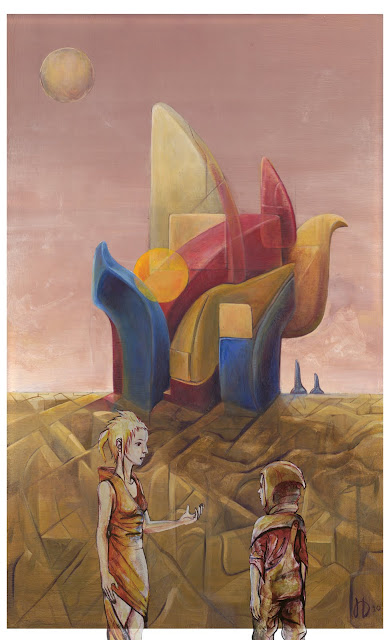 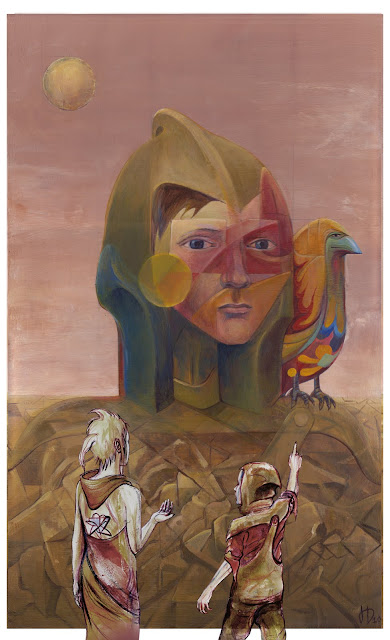 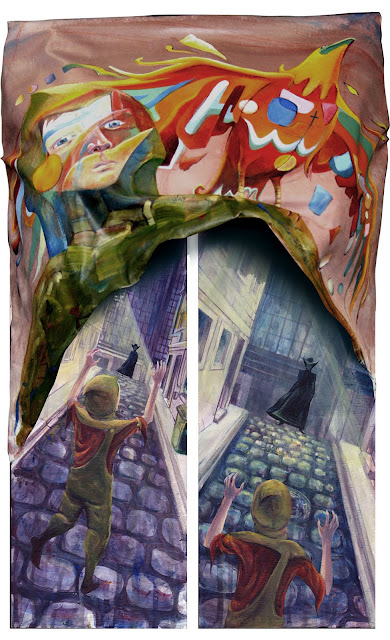 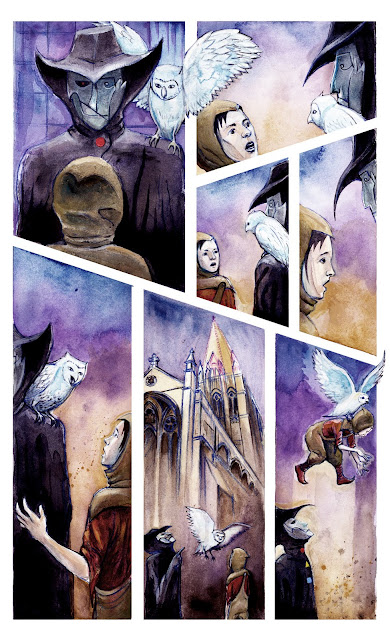