I’m designing a helmet to be built for a character in a film. I did a bunch of sketches but have ended up using a pre-existing drawing as the template. I have to draw this thing in full rotation, its proving tricky to imagine your 2d drawings into real feasible 3d forms.

The film is quite futuristic and the character is an ex soldier and now a shaman of sorts, so the aesthetic is a mix of unique futuristic forms and old mystic forms, here is the progress so far.. 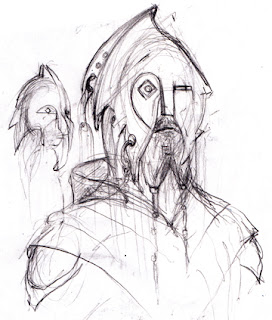 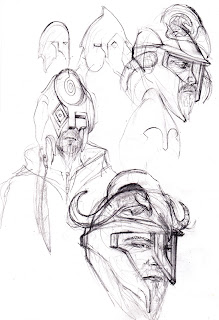 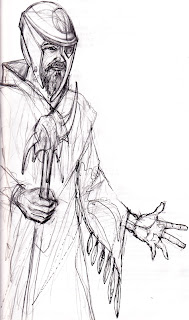 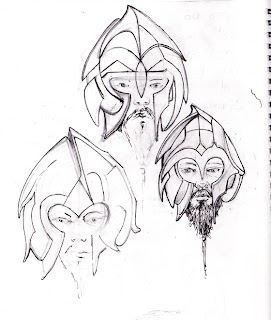 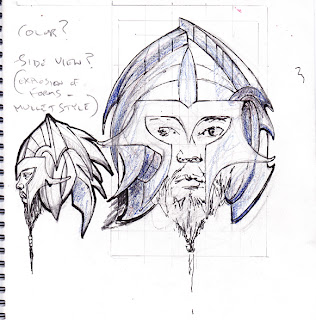 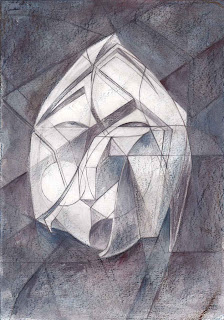 One of my older drawings that provided some inspiration 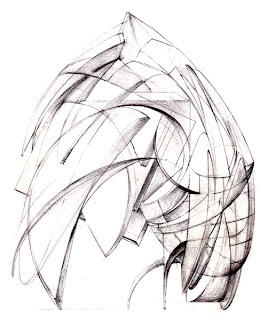 This is the older drawing that pretty much served as the template for the profile view of the helmet,
But initially I tried it front on… 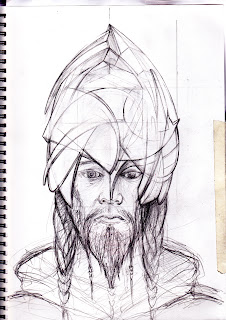 This was not suitable, so I proceeded to use the same form as a profile view.. 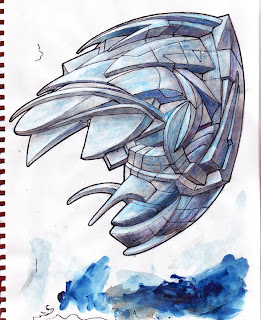 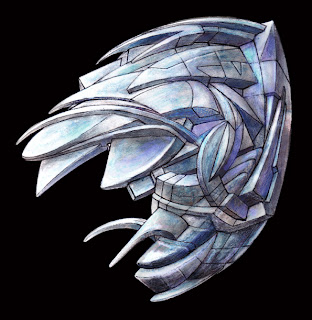 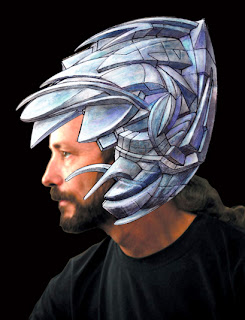 I have then proceeded to rotate it to the right halfway between the left facing profile and the front on view, for the first 3 quarter view… 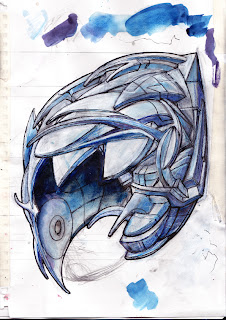 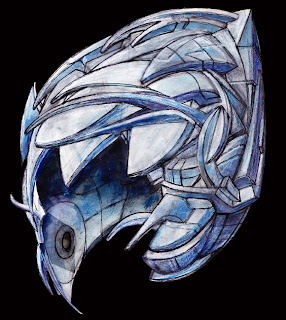 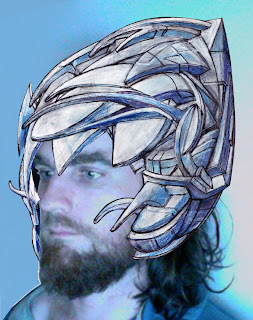