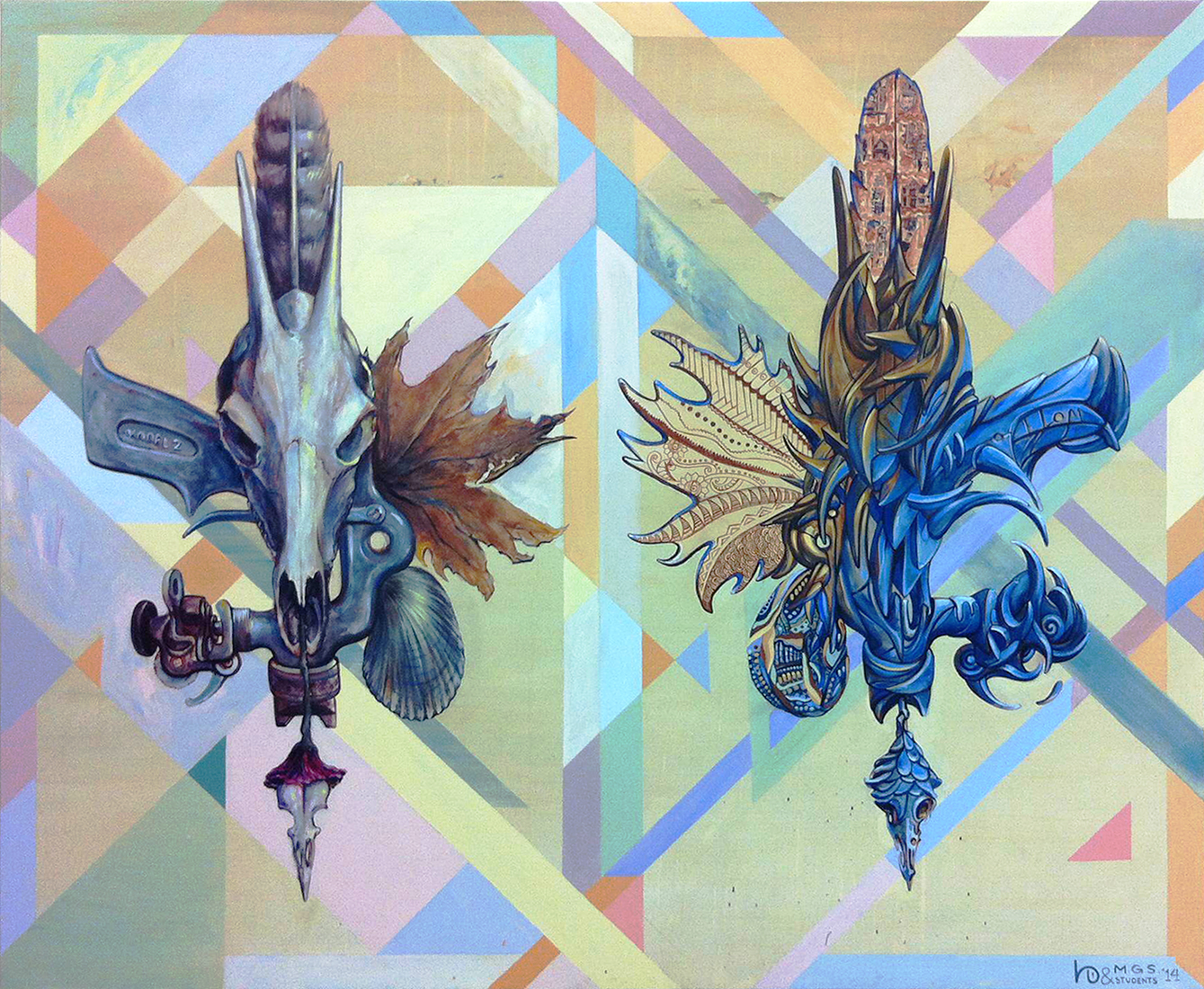 Much earlier this year I was lucky enough to be asked to create an artwork in collaboration with some students for Melbourne Grammar School’s Arts week. I pretty much had total creative freedom as long as it involved the kids somehow.

So I decided to continue a recent theme and create a design for a painting that was based on an assemblage/found object sculpture. A further continuation of this theme is sort of alien form mutations of these ‘fused objects’, here I decided to do my first one where the two sit side by side in a strange yin yang formation. I designated areas in the ‘alien form’ version on the right and students were invited to come up with designs to fill these empty spaces. The designs they came up with included abstract and tribal patterning and forms that echoed and depicted the architecture and other things on the school grounds.

Below is the final piece followed by some work in progress shots.