I completed work on my film concept art project nearly two months ago… and completely forgot to
post it here.

The remaining work consisted of a design for a crossbow style weapon and design of symbols that feature in the film. I can’t talk too much about the actual elements in the context of the film, as it’s in production, but here’s The final illustrations along with some development work. Enjoy! 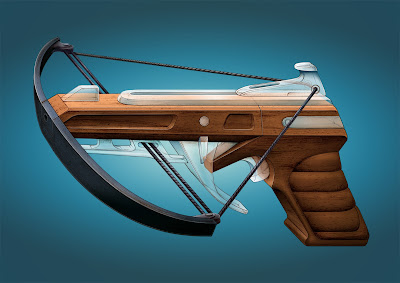 The final crossbow design, As requested in the brief: a combination of natural, synthetic, old-school & futuristic. 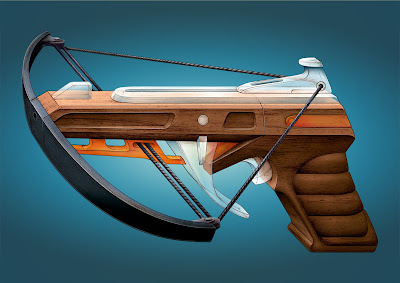 We tried it with a few amber plastic parts, but went for a cleaner look in the end. 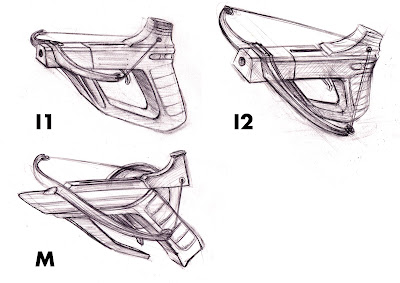 Third stage of development sketches, ‘I’ was picked for further alterations & development. 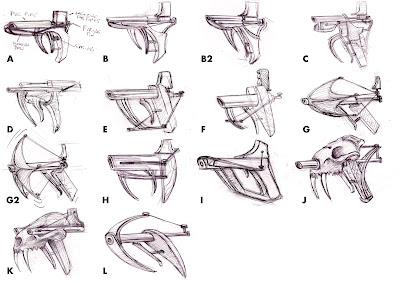 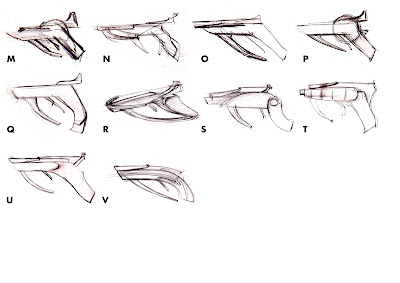 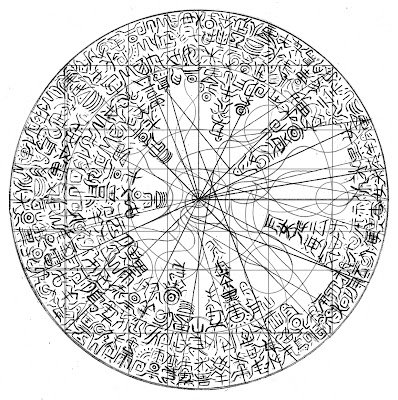 Final complex symbol design. An element of shamanistic culture that features in the work. 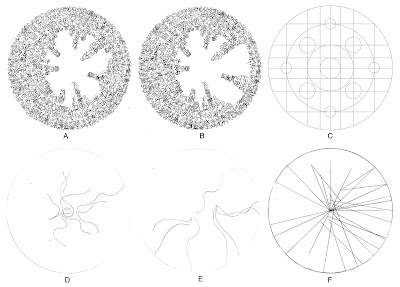 Last lot of development for the complex symbol. 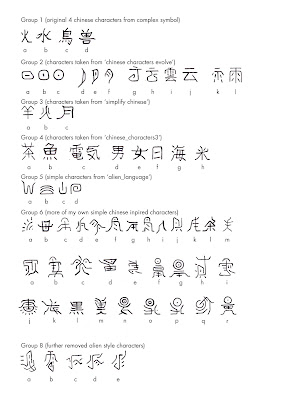 Some characters for the symbol were based on existing Chinese characters, but most were simply made up from scratch, drawing on Chinese, Tibetan, and Hebrew characters. Also trying to imagine what alien languages might look like. 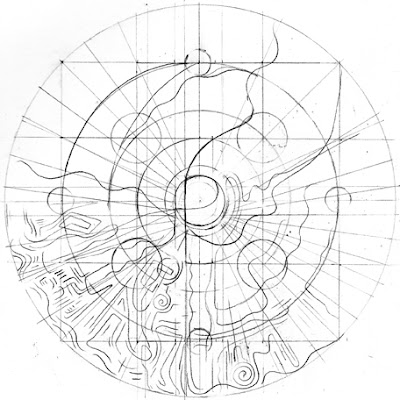 A drawing that captured the feel of the desired symbol. 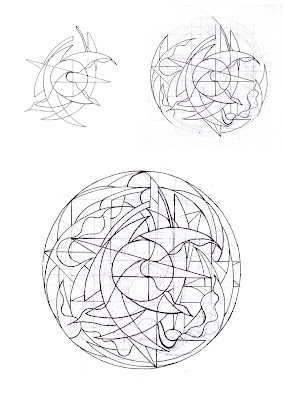 An initial unsuccessful attempt at the desired symbol aesthetic. 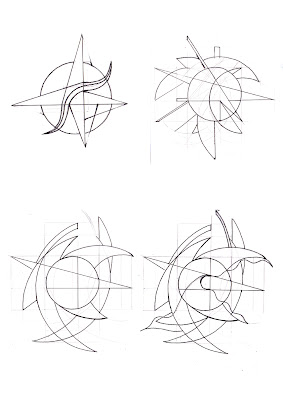 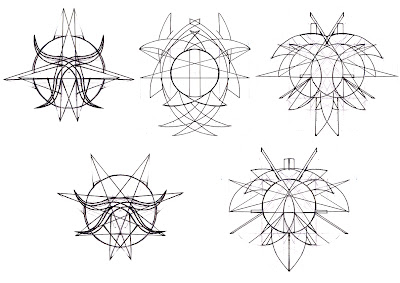 Other symbols, that were intended to be applied to a costume element.
Share: